* In case of any delay in receiving the OTP, you may verify it later. Please proceed without verification.

Enter your City name or Pincode

Kanker city falls in a region that is surrounded by huge deciduous forest areas and mountainous hilly areas. Besides, Kanker city in Chhattisgarh shares immense proximity with two immensely beautiful waterfalls, who obviously owe their existence to many rivers and tributaries that pass through this region. Detailed information about these rivers, tributaries, forest areas, hills and all other geographical features of Kanker that have not been touched here are provided in below paragraphs. The below paragraphs will help readers in getting general idea about overall geography of Kanker region. 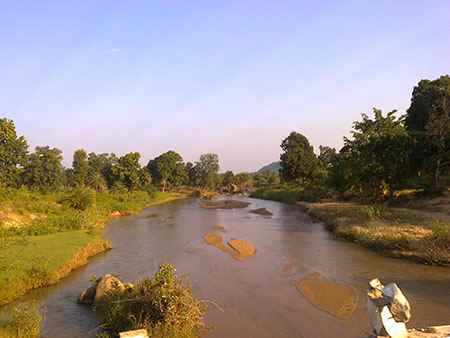 Here we’ll be specifically speaking about geographical location and boundaries of Kanker which Kanker is headquarter of Kanker district. Kanker District is located in the longitudes 20.6-20.24 and latitudes 80.48-81.48. The total area of the district is 5285.01 square kilometers. Speaking about topography, then this region is dotted with lot of small hilly areas and pockets. These hilly areas can be divided into three pockets: Vindhyana Hill Group, Archian Hill Groups and Dharwar Hill Groups. Among these three Archian Hill Groups makes up for the maximum land area. To put in numbers, they make up for almost 90% of the land area.

The overall climate of Kanker District is monsoon type. This is to say that this region receives pretty healthy rainfall all throughout the year. To put it in numbers, average annual rainfall received by this district is 1492 mm. 90% of this rainfall happens from June to October months. Speaking specifically about the climate of Kanker city, then climate here is comparatively dry than most other parts of the district. This is not at all to say that Kanker city receives scanty or less rainfall. It just means that owing many factors climate here is not that wet as compared to other parts of the district.

Huge forest areas are also found in the outskirts of Kanker city. Speaking specifically about characteristics of these forest areas, then most of the forest areas here is of dry deciduous type. To be more specific, Sal, teak and mixed forests are mainly found here. And among these three mixed forests comparatively makeup for more land area. They are actually found almost throughout the entire district, while Sal forests are found in the eastern part of the district and teak forests are found in the Bhanupratappur region. Speaking particularly about mixed forest, then they are home to many valuable medical plants and other important plants like Saja, Tendu, Dhaura, Bija, Harra, Mahua etc.


Minerals and Soils in Kanker

Starting with minerals. Kanker region has just about decent amount of mineral reserves, with iron ore and garnet making up for most of the available resources. Most of these mineral reserves are found near Bhanupratappur town, which is located 48 kms away from Kanker. Besides, Silimanite and kinite minerals are also found in pretty good quantity here. Now coming to soil. Mainly red soil is found here. Red soil is mostly found in regions and areas that have abundance of mixed or deciduous forest. And in above information’s we’ve made it amply clear that kanker District has no dearth of such forests. But soils found in Kanker District are also characterized by unique regional features, which are actually unique to this region itself. Based on these features, we can further categorize Kanker soils in four categories. These are Kanhar soil, Dorsa Soil, Matasi and Bhata.

Kanker District happens to be home to pretty good number of rivers. Total 5 rivers pass through this district. These are Doodh river, Mahanadi river, Hatkul river, Sindur river and Turu river. These rivers do play due role in making this region’s soil fertile, which obviously comes in handy for the all important agricultural sector.

The overall conclusion that we can draw is Kanker District is certainly rich in flora and fauna, courtesy its huge forest area. Another noteworthy geographical feature of this region is its multiple rivers. They, besides playing pivotal role in region’s agricultural sector, have also helped in bestowing this region with some beautiful waterfalls. These waterfalls today have become quite sought after tourist destinations of this region.

Comments / Discussion Board - Geography of Kanker